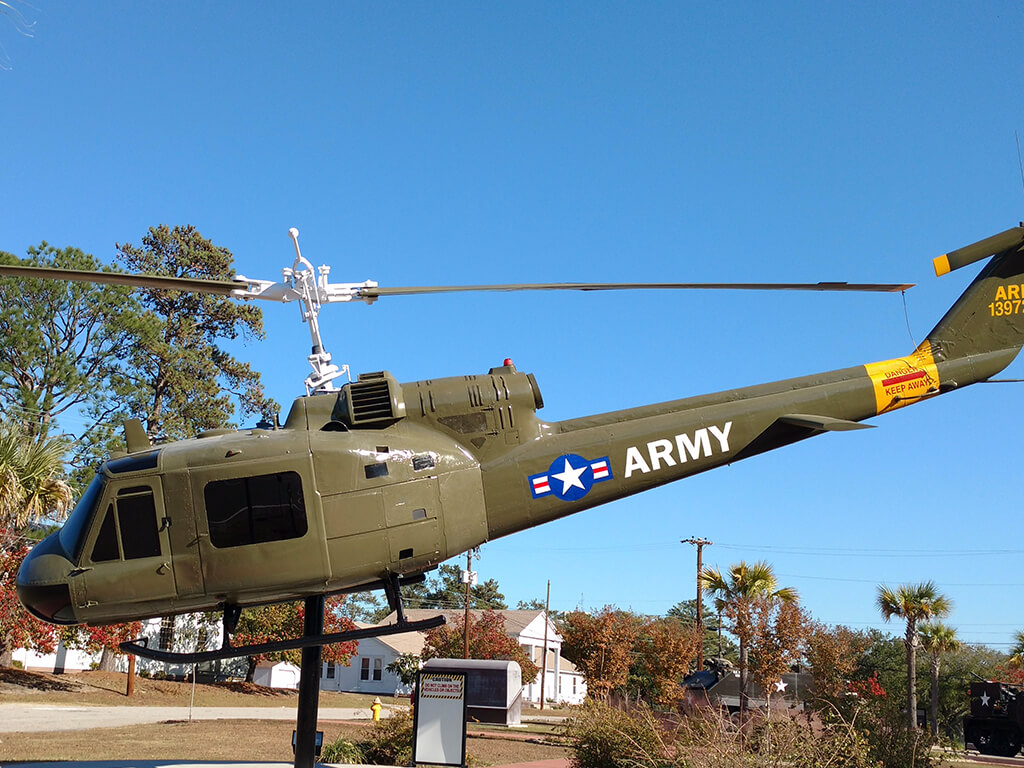 A stocky, blonde, ready for battle Viking now sits on the nose cap of the museum’s UH-1B, or Huey as it’s nicknamed.

The artwork was revealed Tuesday at Fort Jackson during anunveiling ceremony.

Collections manager for the museum Julie Fishel said that artwork on the front of helicopters were identifiers for which organization it belonged to.

“It’s an actual veteran, so it was only right that we treat it that way,” said Fishel. “We wanted it to look like the time it’s from.”

Before becoming a part of Fort Jackson’s collection in 1977, The Huey served in combat during the Vietnam War and also spent some time serving in Germany.

Fishel said that Bob Green, a historian for the 121st Aviation Association said helicopters from this time period were nicknamed Vikings. This is the first time the helicopter has had nose art while at the museum.

Project manager for the painting Kim Swartz said they are proud of the finished helicopter.

“Not only are we helping preserve history we are also bringing it back to life,” she said. “It feels like we are honoring those who have served.”

The helicopter was the last piece of the museum’s eight-week repainting project. Along with the Huey, three other vehicles were repainted. The museum is free and open to the public Monday through Friday from 9 a.m. to 4 p.m. and on Family Day the hours are extended to 6 p.m. to accommodate friends and Family members of Basic Combat Training graduates.