In April of 2003, President Robert “Bobby” Alexander founded Pyramid Contracting, LLC. At its conception, the firm consisted of a handful of employees headquartered in Irmo, SC. Pyramid spent its first decade developing its principles and reputation as a dependable provider of professional construction services. Even as a young company, it remained profitable through the economic downturn in 2008 and by 2013 was garnering awards for impressive delivery of local municipal and institutional projects.

In 2015, Pyramid looked to capitalize upon its strong success and further expedite growth by enrolling in the U.S. Small Business Administration’s 8(a) Construction Program. Upon enrolling, Pyramid outfitted its government division of construction to engage and pursue federal military contracts with the purpose of establishing competitiveness in the private construction and development market. Just three years after enrolling in the 8(a) program, Pyramid Contracting was named “South Carolina’s 8(a) Construction Firm of the Year” by the U.S. Small Business Administration.

Today, the firm has grown to six locations and developed a professional workforce of seventy-plus employees, spread across three states (SC, NC, GA). Pyramid Contracting has earned a reputation for quality, safety, and integrity – providing general construction and construction management services in a wide range of industries and project sizes.

Regardless of the type of project, planning is done on many fronts prior to mobilization.  Pyramid works in conjunction with its subcontractors and vendors to develop schedules for project delivery and discuss in-depth reviews of plans and delivery of construction services.

Our Design and Build Team can take a project from concept to completion, beginning with concepts, budget to hard pricing, and project schedules, maturing through design development, and proceeding to construction to bring projects to a successful close.

Through disciplined oversight, communications, and continual project and site supervision, your project will be on the path to success.  Routine job site meetings and Quality Control Management meetings (QCM) with trades help ensure successful project execution.  Safety inspections and oversight ensure workers and visitors are in a safe environment and have the opportunity to go home safely.  Daily reporting of activities assist in allowing each project to remain on schedule.

The construction phase is critical to both our client and the Pyramid Team.  All parties involved hold the same basic goal of seeing projects finished safely and on time with quality construction at fair market value.

Our project turnover or close-out discipline is equally critical to clients and Pyramid.  We believe in QCM “pre-punch” activities rather than just waiting for the walk-through list. As a result, we consistently have limited punch lists.

Project completion typically involves “as-built” documents, releases of liens, complete lists of suppliers and subcontractors, maintenance manuals, and lists of all major components incorporated in the project. Warranties from sub-trades and manufacturers are delivered as well. Collectively, these documents provide guidance for years to come.

Pyramid Contracting analyzes our projects at completion to help identify areas of improvement for future projects.

Each member of Pyramid brings a level of experience and expertise that is unique, ultimately resulting in a stronger Team. We’ve assembled a group of individuals that have extensive experience with Public, Private, Federal, and Municipal sector construction projects.

Our Team represents a combination of talented individuals and expert resources, diligently recruited for their ability to produce a highly-skilled, process-oriented faction, fully capable of providing the necessary experience to perform the requirements of any client or opportunity.

As an U.S. Green Building Council Member, Pyramid Contracting shares the belief that buildings have a substantial impact on the health and well-being of people and the planet. Buildings use resources that generate waste and are costly to maintain and operate.

We are proud to support the practice of designing and constructing buildings that maximize occupant health, use fewer resources, and reduce negative environmental impact. Pyramid Contracting is proud to be an experienced LEED Contractor that routinely exceeds LEED certification goals. 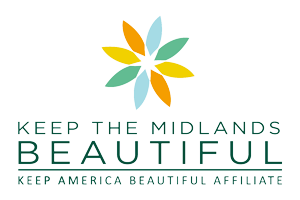 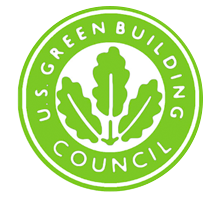 The result has been amazing, and our building was complimented by the State Board of Pharmacy upon its inspection. I look forward to a continued relationship with what I have found to be an extremely well managed and ethical group.

Pyramid’s impressive work on behalf of small business makes them an invaluable asset to the people and economy of our community, as well as our state.

Pyramid’s motto, “Built to stand the test of time” is evident in every project you undertake and I know more impressive and grand structures will soon grace our neighborhoods and communities.

Pyramid’s thoroughness and attention to detail certainly made an impact on completing the project on time and building a facility that meets my unique professional needs.

I appreciate Pyramid particularly bringing the job to completion on-time and under budget. The ideas brought to the table in the form of alternative value-engineering was invaluable.